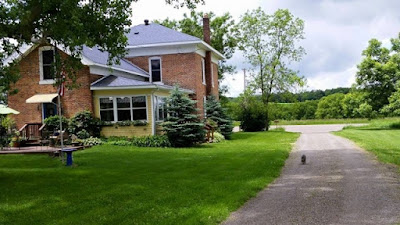 Saying goodbye to a pet is just never easy.  Over the years we

have become very attached to all of our dear hearts...even those
that call the barn home.

In the early morning hours, dear Chestnut Violet ~ one of our oldest kittens
born on this farm passed on.  She will be greeted in a heavenly meadow by many
beloved siblings and one Taffy goat.

We will miss you Nutskie... 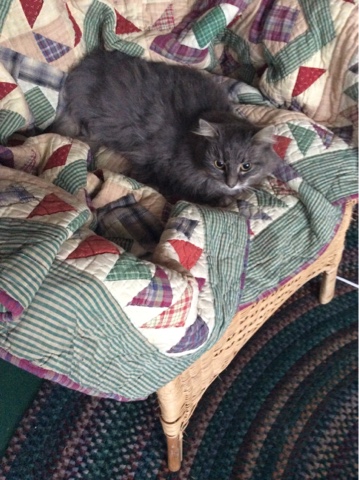 May her memory be for a blessing.

about forever!  Today I decided to officially check it off. 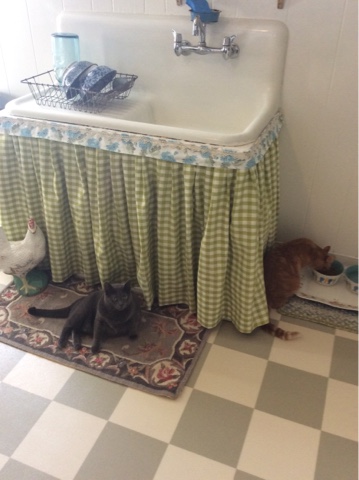 This sink is original to our 1857 farmhouse...and quite
likes to dress up in sweet fabric.  The blue floral top edge
mimics the fabric I used at the two windows in the
kitchen.

What you won't see is the rough line of stitches holding
the pleats to Velcro.  I broke 4 needles in process.  I used
my vintage lace trick to cover up the unsightly stitches. 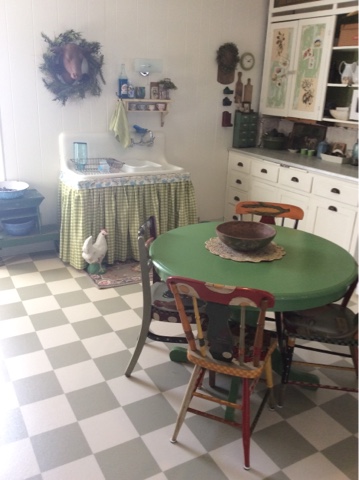 spring on my mind 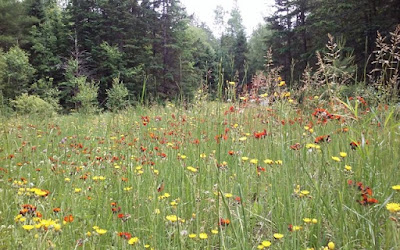 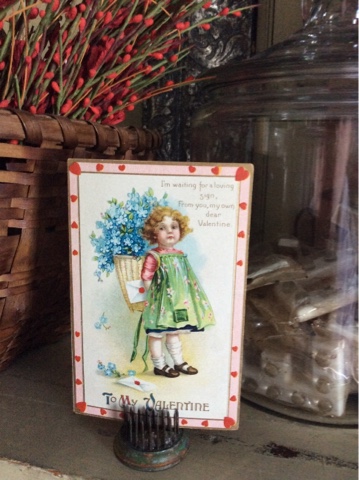 I heard the crows call...

I am this odd personality...in the Myers-Briggs world, a rare INFJ.
I see a lot of things in metaphor and/or analogy.
In a world that often makes no sense, I will walk into the fire...not afraid to share my opinion, but often will be my own worst critic when I do.

My husband, Dave, is my opposite, my shadow personality.  He doesn't overthink (like me)...but takes action.  In my eyes, he is heroic.  He, too, is a protector.  When we hear the coyote at night...he will just go out and shoot into the air ~~ scattering them from our farm. 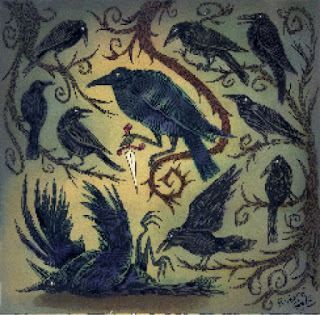 The other morning, as I was getting ready for the day ahead, I heard the crows call.  This is
always an ominous sound to me.  There is a good reason a group of crows is called a
"Murder of Crows".  I watched where they flew...to the side of the road between our farm &
the next.  I assumed they had found a carcass to pick at.  My disdain was obvious as I made
sure to go that way to work.  I promised myself I could even take on crows...fighting back
their selfish greed.  Metaphor.  Analogy.  Thus is the world of an INFJ.  If I can't wrap my
mind around how exactly we fix the greater good, let me take off after the crows.  I may
just learn a lesson along the way.

Moral of the story...do not let coyote or crows intimidate you.

A little table near the window in our livingroom is host

to sweet nods to Valentines Day... 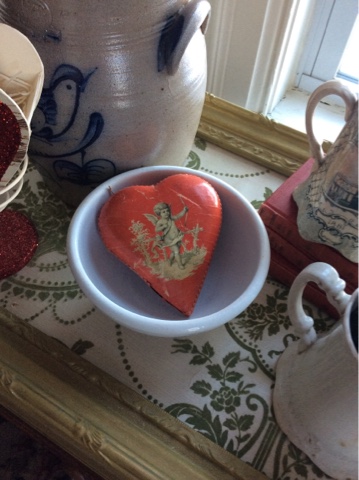 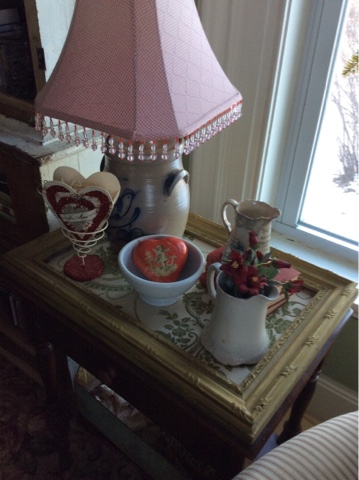 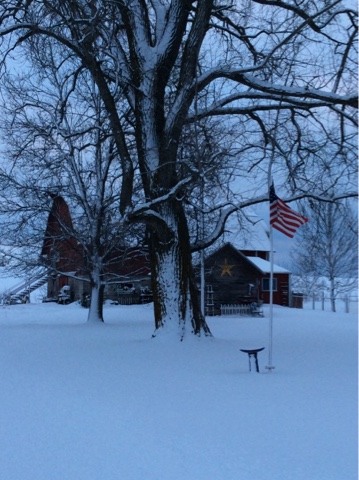 In the winter, all the barn cats come home--even my
traveling Luna.  We open the inside stairs to the hayloft
so they have more space to hang out.

This winter we have an extra cat, Patches...an older boy that
now calls this barn home.  He was cautious around me at first,
but now let's me pat his head, following me around with a raspy meow.

One of my favorite times of the day is when I get home from
work.  I am always greeted by a small herd of cats, anxious
for a refresher of food & water, a kind word & touch and a reminder
that this big red barn is their home.